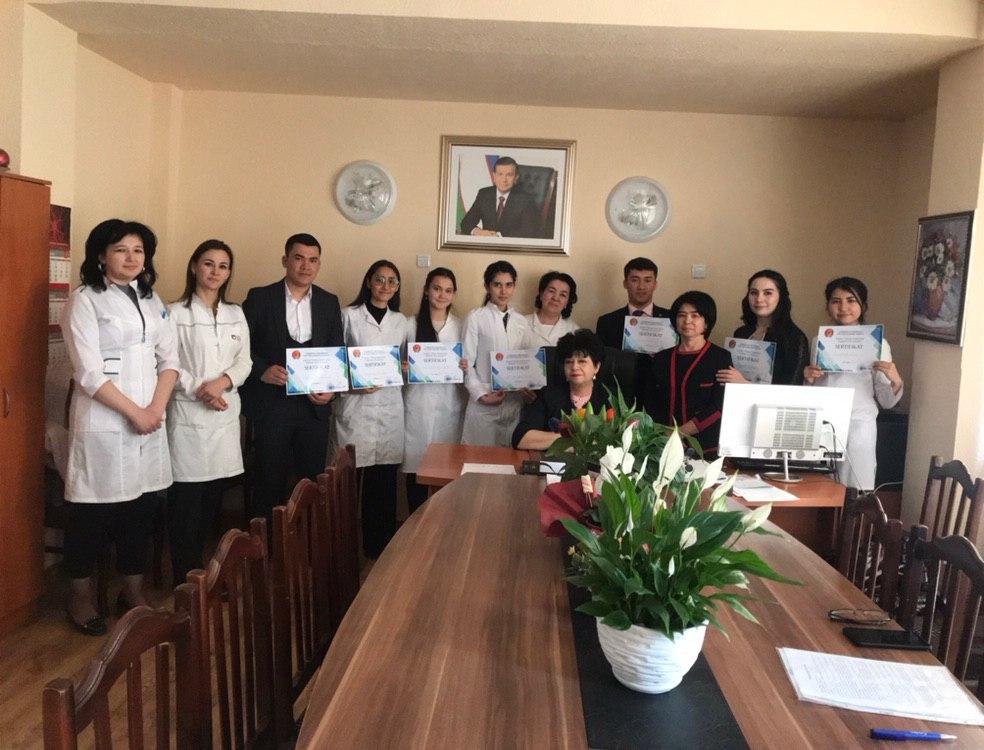 the city of Tashkent, Uzbekistan.

In 1982 graduated from the medical faculty of the

working as a neurologist (MD).

In 1990, reported the results of scientific research and obtained a degree of PhD.

In 1997 successfully defended doctoral dissertation on the topic: “Metabolic encephalopathies: pathogenesis, clinic, diagnosis and treatment” and was awarded a doctoral degree in neurology (DSc).

In 2000 received the honorary title of professor.

Since 2008 till now has been the head of the Department of Nervous diseases with a course of medical psychology and psychotherapy of the Tashkent Medical Academy.

Had advanced trainings in the Pirogov Russian Medical Academy (Moscow) and in the clinic of “Christian Doppler”, Salzburg (Austria).

Sphere of interests: The main priority directions of modern neurology on the problems of Alzheimer’s disease and dementia, multiple sclerosis, Parkinson’s disease, epilepsy.

Under the guidance of professor Rakhimbaeva 5 doctoral and 17 PhD theses were defended. 2 textbooks, 4 patents, more than 460 scientific papers in prestigious scientific journal and editions were published.

In 2016 professor Rakhimbaeva was awarded the title “The best doctor of Health care of the Ministry of Health of the Republic of Uzbekistan” for the merits in the field of health care.